How to Use a Duvet Cover - A Detailed Guide

Are you bored with your bed? Changing the mattress to a brand-new one or replacing the frame will have a huge impact on the aesthetics of your room! However, if you are looking for another way that doesn’t involve big purchases or drastic measures, a duvet cover may be your best bet. You can instantly transform the look of your bed layout as often as you want with this simple modification. 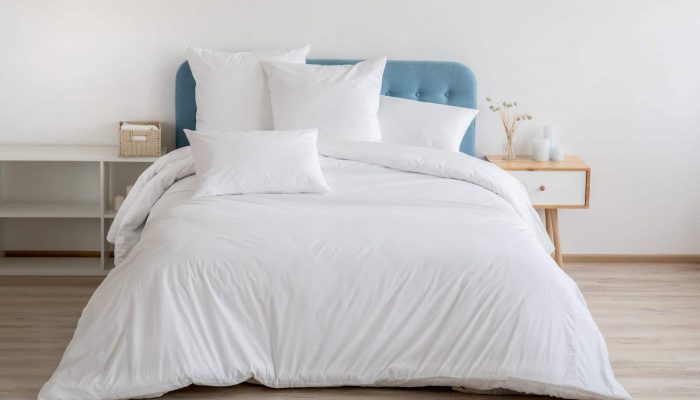 A duvet cover works just like a pillowcase, but instead of a pillow, it is used as a casing for a duvet. A duvet is a lightweight version of the comforter that can be filled with feathers, down, or down alternative materials. It usually feels fluffier than a comforter. Duvet covers are designed specifically to keep the duvet underneath protected from accidental spills and the accumulation of dust, sweat, and other debris. Duvet covers come in a wide variety of colors and patterns, so they also have decorative benefits, allowing you to alter the look of your bed setup as often as you please. The cover may come with a zipper, snap, or button enclosure to keep the duvet intact and the cover in its proper position.

Benefits of Using a Duvet Cover

Duvets can be difficult to clean and maintain because some of them are not suitable for machine washing. In some cases, you will need to have the duvet dry cleaned, which can be a time-consuming task that can also take out a chunk from your regular budget. A duvet cover, on the other hand, can easily be machine washed when necessary. This means you can effortlessly keep your duvet properly maintained without needing to have the duvet itself cleaned. Even if your duvet can be machine washed, it will still be much easier to clean a lightweight cover compared to maneuvering a heavy and bulky duvet in and out of the washer and dryer. By cleaning and/or replacing the duvet cover on a regular basis, you can keep the duvet inside cleaner for a longer period of time, so you can maximize its features and extend the life of the duvet itself.

The duvet cover offers a secure encasement over the duvet, keeping it protected from accidental spills that may occur when you bring a beverage to bed or when other substances are spilled on the surface. It can also provide an extra layer of protection to the duvet by preventing it from getting scratched, torn, or damaged by sharp objects. The duvet also protects the duvet from getting extremely dirty from being exposed to skin cells that have been shed, sweat, saliva, and other substances that can be found in a bed setting.

A duvet cover can be changed as often as you want. This means you also have the opportunity to alter the aesthetics of your bed whenever you wish by simply replacing the duvet cover! This will easily and affordably freshen up the look of your sleeping area, and the great news is these covers are available in a wide range of colors and prints to match your style and comfort preference. You can go as plain or as bold as you want to. This change will take only a few minutes and should save you a lot of money as compared to changing out the entire bed or some of its other elements.

The duvet cover may have the same weight and size as your bed’s flat sheet. When not being used, the cover can be folded neatly and then stored properly while taking up only a small amount of space in your closet. 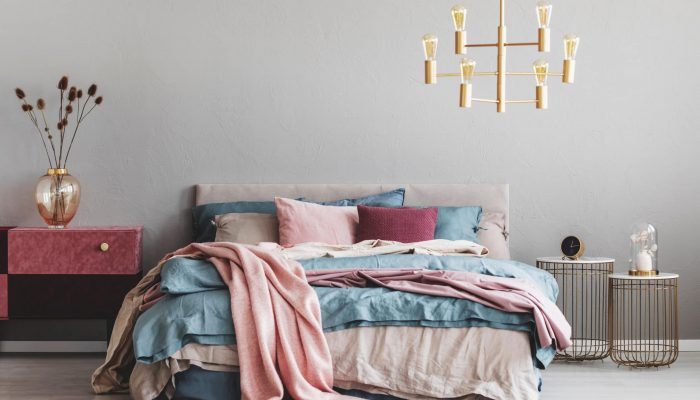 How to Put on a Duvet Cover

Q: Why is it important to have a duvet cover?

A: A duvet cover keeps the down comforter protected from dirt and damage. The cover can help prolong the life of the duvet even when it is not cleaned on a regular basis.

Q: How can a duvet cover help with the appearance of the bed?

A: Duvet covers are available in a wide range of colors and prints. You can easily change the look of your bed by replacing the duvet cover with one that matches your needs or mood at any given time. This way, you can go about aesthetic alteration quickly and affordably.

A: Yes, most duvet covers are machine washable. They are as lightweight as flat sheets so they can easily be handled for washing when necessary.

Q: Can a duvet be placed inside the cover easily?

A: Yes, there are two quick ways to put on a duvet cover – the traditional and the burrito methods – that can both be managed by one person.

Duvet covers are designed to keep the duvet protected from spills, dirt accumulation, and damage so that the duvet’s life can be prolonged. The cover can also be used to instantly enhance the look of the bed without making drastic changes or shelling out huge amounts of money. Knowing how to use and properly put on a duvet cover can help you take full advantage of the benefits of the duvet in the best way possible. Duvet covers are a great and practical way to not only add a little spice to your bedroom but also extend the life of your bed!

Journal of the American Board of Family Medicine – https://www.jabfm.org/content/25/6/878

When we search for duvets or duvets inserts there is a lot of confusion over the terminology itself. Duvet cover or Duvet insert or Duvet or sometimes Comforter, these terms are often confusing to buyers who just want to warm up their nights and sleep cozily. Often most of these terms are used interchangeably but

After purchasing a new bed, it is confusing for anyone to consider an appropriate duvet cover due to the number of options available. The following information provided below will be helpful for anyone to learn about the high-quality duvet covers are available in the market. Although they are obtainable in diverse sizes, we will be

The mission of our team is to provide truly useful sleep tips and reviews of mattresses and bedding products.

We aim become one of the web’s leading sleep resources and help as many people as possible to get a super comfy sleep!

Disclaimer: The content of SuperComfySleep.com is solely for informational and educational purposes and does not provide or substitute medical advice, diagnosis and treatment.

SuperComfySleep is a participant in the Amazon Services LLC Associates Program, an affiliate advertising program designed to provide a means for sites to earn advertising fees by advertising and linking to Amazon.com